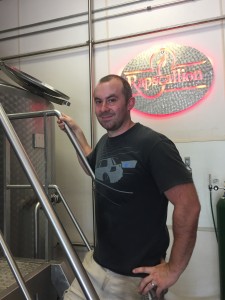 Tell us about each beer and how the recipes for each informed the others.
The base beer on Mk1 – Mk4 was the same with some minor changes. The most significant variable was the hops. I tried different combinations and quantities, factoring in customer feedback. Mk5 has taken a different route with a different base beer utilizing the hop combination from Mk4. To be a great recipe I think it must evolve and change until its just right. Ba

How many will there be in total?
As many as it takes to choose one and continue the series to experiment. 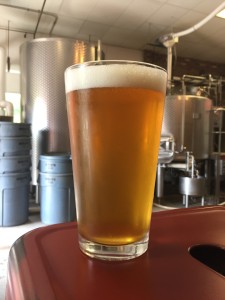 These are your first new beers as head brewer other than Winterfest. What ideas are bouncing around in your head after experimenting with these new recipes?
Well there are so many interesting ingredients out there to try and this series is an avenue to try them. Maybe a new hop, yeasts, different base beers. It will turn into an experimental IPA series that should be fun for me and more fun for the customers to try. As much as I like flavorful hoppy beers I’m fascinated lately by beers like Pilsners and Lagers.