Originally manufactured by US factories including Wrights Mill in West Warren, MA, parachute tables were constructed of solid steel and wood specifically for sewing parachutes during World War II, a job typically held by women. Understanding that the parachutes they manufactured would eventually save the lives of the men they loved, female parachute workers worked with extremes of both gravity for the task at hand and pride for their contribution to the war effort. Parachute women were well-respected and appreciated by enlisted people as well as the general public.

To manufacture the parachutes, sewing machines were bolted through holes in the tabletop, while the smooth, steel surface prevented tears or pulls in the parachute’s silk material, allowing it to be easily and safely manipulated during construction.

Today, these parachute tables are used at our Acton and Sturbridge venues, although the bolt holes have been covered and the original surfaces etched with the Rapscallion R. Otherwise, they are intact. We are proud that these historically significant tables are a permanent part of our decor.

In 1893, Consumers’ Brewing Company set up shop in Lowell, Massachusetts. In 1898, the decision was made to change the name to Harvard Brewing Company, and this newly branded business successfully expanded its product line, production capabilities, and market reach over the next two decades.

Prohibition went into effect in 1920 and the brewery’s plans to succeed by selling colas, ginger ale, and near-beer (<0.5% alcohol beer) weren’t working. With failure looming, Harvard executives added the beer back into their near-beer . Profits came back, and so did federal agents, culminating in August of 1925 when a truck filled with 100 barrels of illegal Harvard beer was hijacked in Lowell. As the hijackers were transferring the kegs to their cars, their movements were noticed by the neighborhood. And everyone wanted some of that!

As reported by the Lowell Courier-Citizen, “As soon as it became known in the locality what was going on, hundreds appeared and surrounded the truck. They all clamored for a chance to secure a barrel of the beer. Men came to blows and bedlam reigned. Besides the men involved, it is known that several women even procured barrels and rolled them along the sidewalks or in the streets to homes thereabouts.”

Due to the ruckus, police showed up to the scene and the mob scattered in all directions. When the liquor squad inspected the back of the truck, they discovered only two dozen kegs still remaining. Tracing the truck to Harvard Brewing, the police called in federal agents from Boston.

In the meantime, police picked one of the hijacker’s cars and chased it almost into neighboring Chelmsford before it crashed in a ditch. Its occupants leapt out and escaped on foot, leaving their precious cargo of two kegs of Harvard beer behind. The car had been stolen that morning by the rum-runners, who were not caught.

Knowing agents were coming, brewery workers scrambled to ditch the beer, going so far as to dump barrels into the River Meadow Brook, which still runs along the Lowell Connector today. Arriving agents were initially refused entrance to the Brewery for lack of a search warrant. However, upon hearing workers smashing barrels inside, the officers forced the door open and five inches of beer cascaded out over the steps and onto the agents struggling to climb into the building — a veritable river of beer. The workers escaped. Nearly 500 barrels of beer didn’t. The agents had hit the motherload.

The raid was the largest in New England’s prohibition history with over 100,000
gallons of full strength brew confiscated by the government. 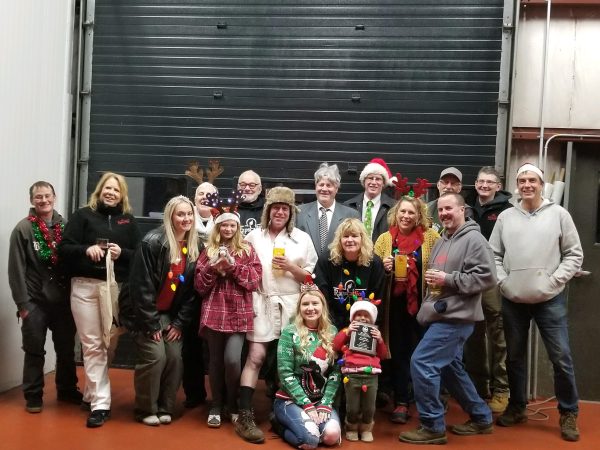 Our Spencer Mug Club Members took it upon themselves to enter a Rapscallion float into the Spencer Parade of Lights. Spearheaded by Creative Director Chris Lindquist, the team of Mug Members created a “Christmas Vacation” themed float complete with camper, green-tinted smoke machine for Randy Quaid’s famous Cousin Eddie scene, and recliner for Uncle Lewis. Their talents and efforts won them Second Place overall (out of over 100 entries!).

The crew gathered at Raps Spencer after the parade and packed the house. Special thanks and shout out to our Raps family for making such an amazing creation. 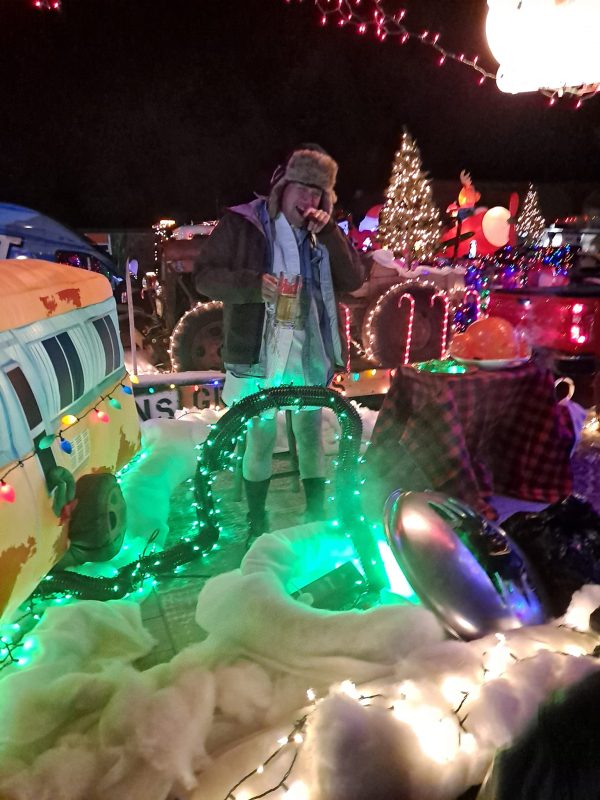 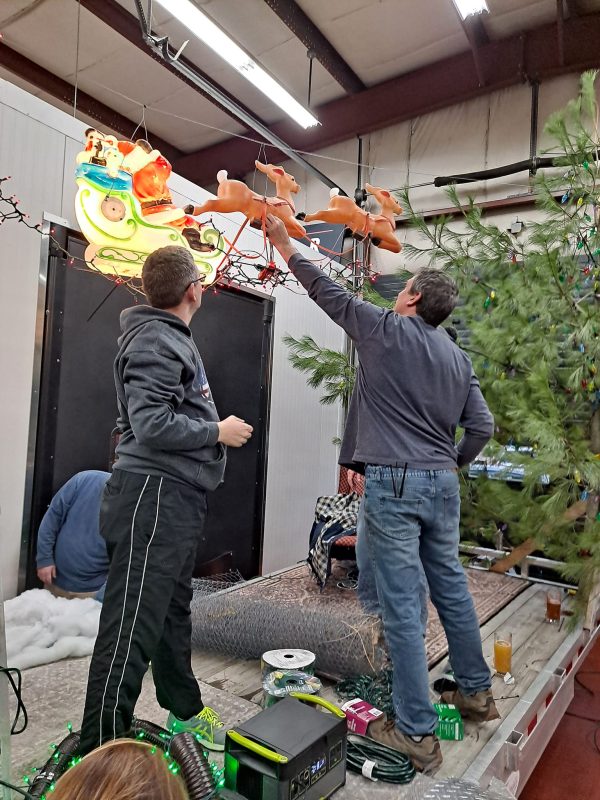 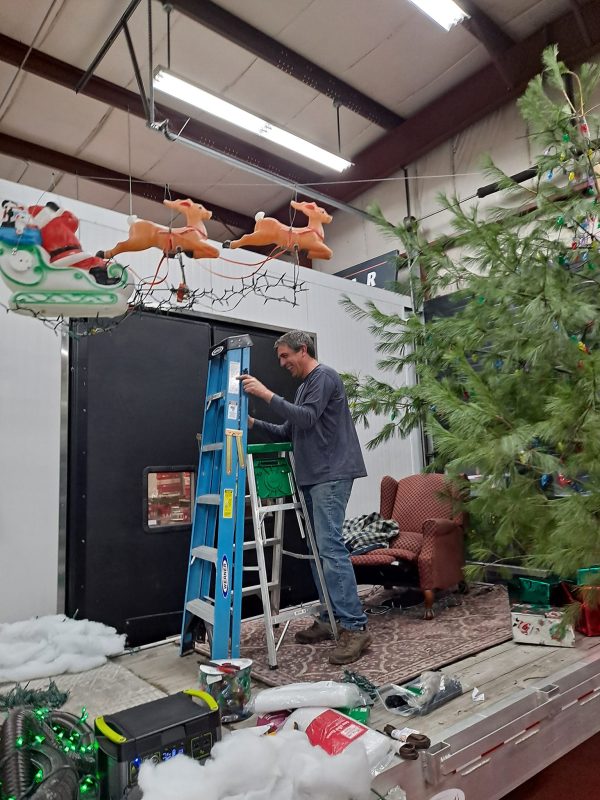 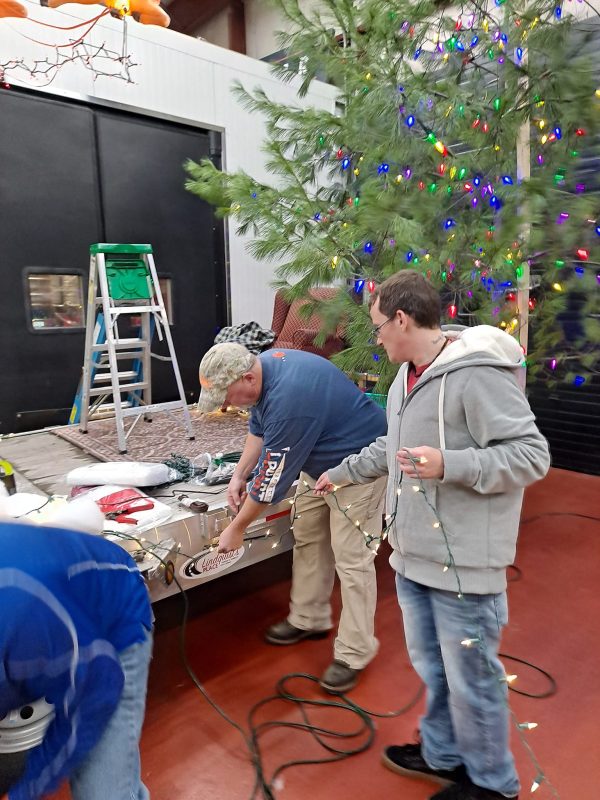 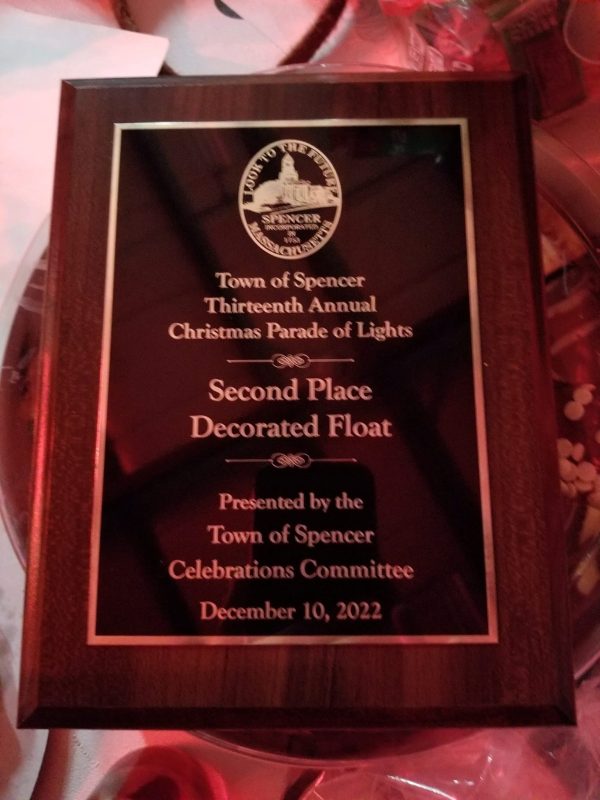 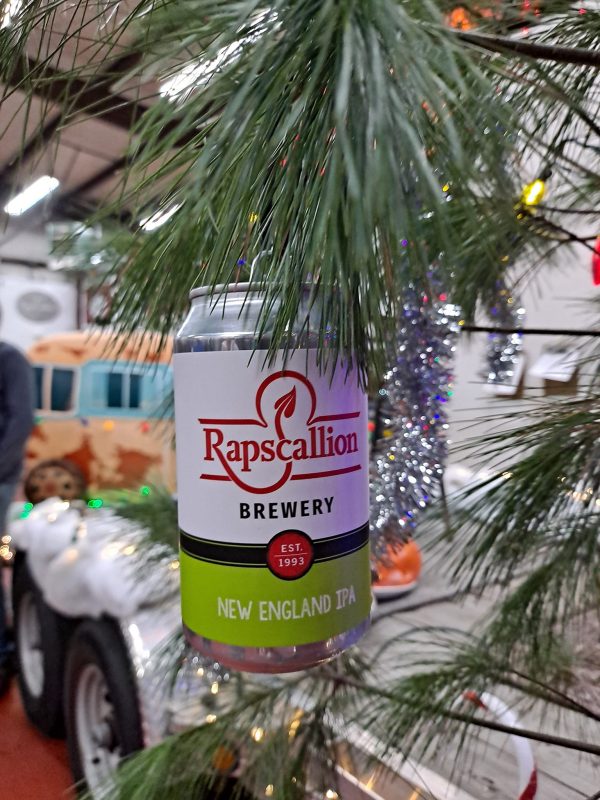 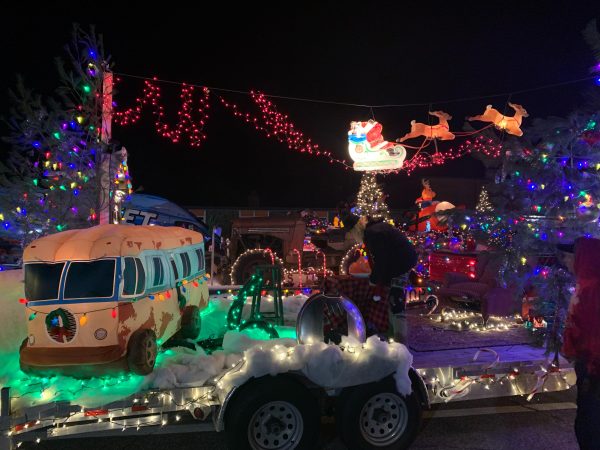 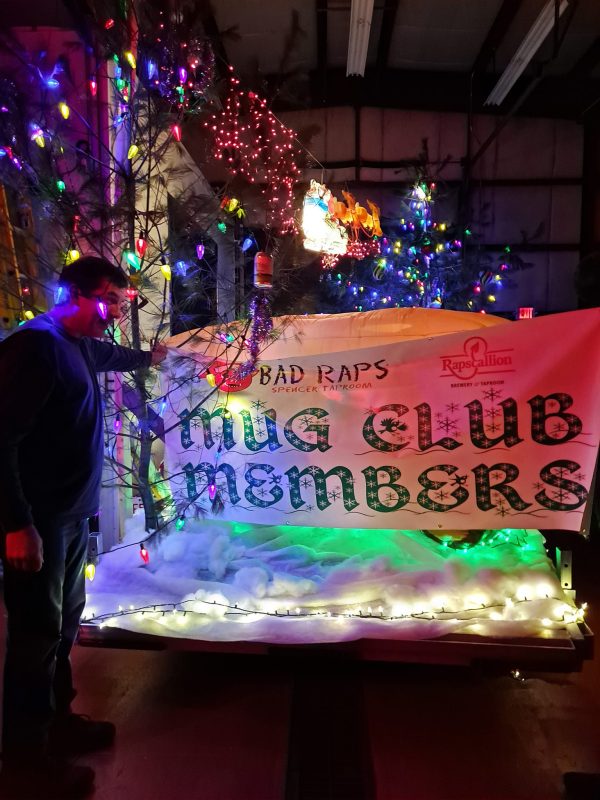 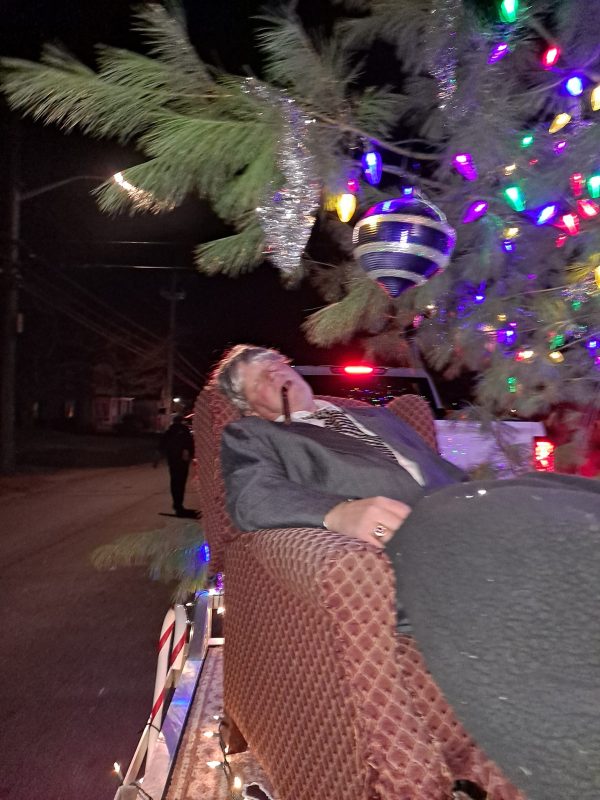 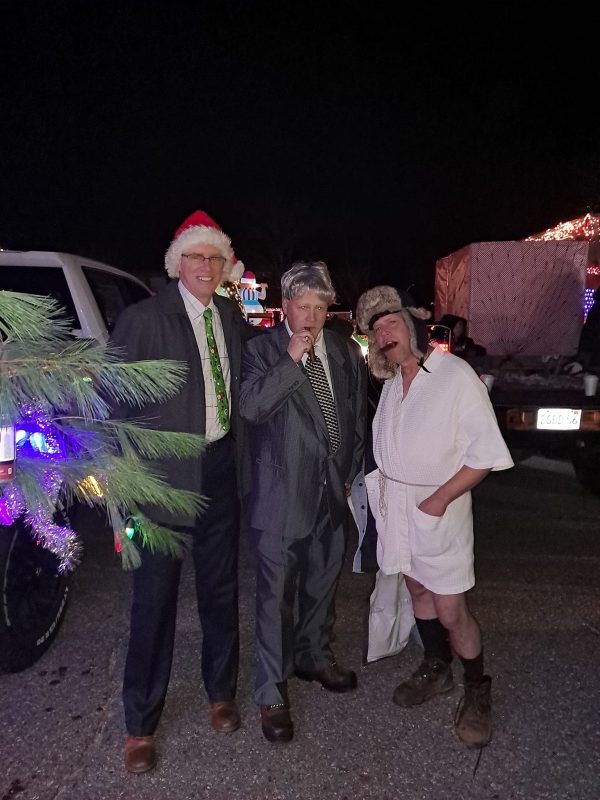 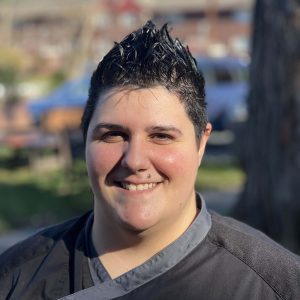 We are thrilled to welcome new Sous Chef Kali Bettencourt to the Raps Acton team. Chef Kali brings extensive culinary experience to Rapscallion. Starting her cooking experience as a line cook at Burton’s Grill, she was quickly promoted to Sous Chef due to her skill and dedication. After Burton’s, she served as Sous Chef at Orzo Trattoria in North Andover and Kitchen Manager at the Chateau Restaurant, where she honed her managerial skills. Immediately prior to joining Rapscallion, she served as Executive Chef at The Friendly Toast in Danvers. She received her degree in Applied Science at Le Cordon Bleu College of Culinary Arts in Boston.

ACTON: Front of House and Back of House

We are looking for enthusiastic FOH servers/bartenders to provide an excellent guest eating and drinking experience, with ability to create classic and innovative drinks exceeding customers’ needs and expectations. Compensation includes base server rate and tips. We are also seeking line cooks either part-time or full-time to assist in our busy kitchen. Ability to work weekends a must.

We are looking for enthusiastic bartenders, servers, and food runners to mix and serve cocktails and beer, deliver food to guests, bus tables and clean, and assist bar staff. Ability to work weekends a must.

We are looking for enthusiastic taproom bartenders to provide an excellent guest experience by serving our hand-brewed beer and other selections. This is not a cocktail position, no experience necessary — we will train! Compensation includes base server rate and tips. Ability to work weekends a must.

To apply, please email hello@visitrapscallion.com, or stop into our Acton, Sturbridge, or Spencer locations. We look forward to meeting you!

Thank you so much to our valued patrons and friends for your unprecedented support for our parking situation in Acton. We wanted to provide you with an update, as so many of you have kindly asked for one. If you have not seen or signed the petition, you may do so here.

This week, we are applying to the Zoning Board to grant us a variance to allow us to use the existing gravel lot for additional parking spaces. Once they have processed the application (within 65 days), they will notify us of a time and date for a public hearing, which we will then share with you all. This hearing will be online via Zoom, so will be more convenient to attend. We would very much appreciate your support at this hearing if you are so inclined!

We will also be sending out this information via our monthly newsletter, so if you don’t want to miss it, feel free to sign up for our e-newsletter here – and don’t worry, we aren’t spammy – we only email once per month.

Again, thank you so much for your incredible support. We are so grateful to you all! 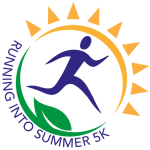 Rapscallion is proud to name AccesSportAmerica as the charity beneficiary of our inaugural Running Into Summer 5K held in Acton, MA on May 22, 2022. Raps fully supports the mission and work of AccesSportAmerica and is looking forward to this incredible event.

The mission of AccesSportAmerica is to inspire higher function and fitness for children and adults living with challenges and disabilities through high-challenge sports and training. 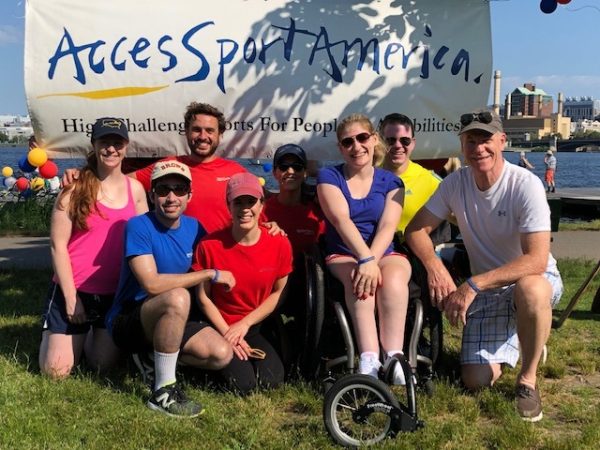 Supporting Orphans Nationally and Globally Inc. (S.O.N.G.) has teamed up with Aerial Recovery Group to assist with the safe evacuation of orphaned children in Ukraine. S.O.N.G. Executive Director Wally Connor will be traveling with nine other volunteers to the Poland-Ukraine border working on the Logistics Team to assist and support the Rescue Team (who have been carrying out the orphan rescue missions inside Ukraine) as well as process safe passage of orphaned and unaccompanied children to safe-havens. Many orphaned and unaccompanied children have fallen victim to traffickers fleeing the violence and at border crossings promising them safety and security, and then disappearing. 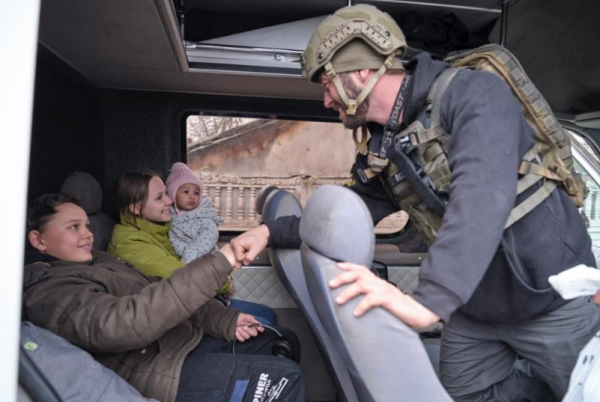 S.O.N.G. has initiated a special and immediate fundraising drive “S.O.S. Ukraine” (SONG ORPHAN SUPPORT Ukraine) to provide direct support to orphaned children as needed upon S.O.N.G.’s arrival at the border, and they are asking that you consider supporting this critical and important Mission at this time.

Donations can be made directly to the following:

They are also asking for donations of the following items, which can be dropped off at any Rapscallion location:

Below are some informative links about the Mission:

Rapscallion believes strongly in supporting the local communities we call home, including supporting the organizations who constantly strive to make the world better for all, starting at the local level. One such organization is the Acton Lions Club. Rapscallion Table & Tap in Acton has had the honor of having the Action Lions Club host their meetings with us for over five years now, and through this we have come to know the dedication and selflessness of the Acton Lions Club’s members.

Acton Lions started in 1955, and is one of 45,000 chartered Lions Clubs from around the world, serving in 185 countries. Acton Lions has raised over $600,000 for Massachusetts Eye Research foundation as well as annually supporting local organizations and giving out scholarships to local students. The Acton Lions Club members give their time and resources freely to those less fortunate, and they are a terrific group of people that have a humble outlook and positive perspective on life. Perhaps most importantly, they don’t take things too seriously— as evidence by their amazing sense of humor!  The Acton Lions Club is all about simply being good people and doing good work with no political or religious agenda.

From the entire Raps family, keep up the terrific work, Lions! Learn more at http://www.actonlions.org/

Rapscallion holds membership in both the Middlesex West and Central Mass South Chambers of Commerce, and we are continuously amazed by the Chambers’ unwavering support of their local businesses and community. From philanthropic endeavors to networking events, the Chamber of Commerce helps local businesses and non-profit organizations thrive by providing a space for sharing ideas, offering educational opportunities, increasing visibility and credibility, and allowing access to a robust network of trusted vendors.

Throughout Covid, the Chamber of Commerce has provided an invaluable support system for local businesses, many of which were greatly challenged by economic shutdown. Additionally, the Chamber provides targeted networking and growth opportunities by hosting events such as Women in Business, Young Professionals, business roundtables, and lunch and learns.

Recently, the Middlesex West COC announced the hire of its new Executive Director Debra Strick. Pete Daniels, Co-Proprietor of Rapscallion and President of Middlesex West COC commented, “The Chamber is looking forward to having Debra on board. Our businesses have been in the Covid transition for two years, and this is the leadership we’ve been seeking. Debra offers a great mix. She lives and works locally, and it is a treat to have her new ideas and energy. The Board is taking on new members and we’re rolling up our sleeves and getting to work.” Read the complete announcement here.

Rapscallion offers our warmest congratulations and welcome to Ms. Strick, and encourages all local businesses and non-profit organizations to join their local Chambers of Commerce. A membership in the Chamber of Commerce is an investment in our local community. Thank you, Chamber of Commerce!